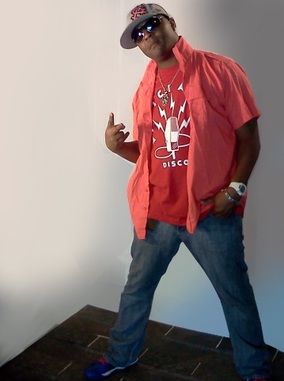 Marco Williams, “DJ Ready R.E.D.D.” sets all records straight, leaving no room for question, as being one of the industry’s best-kept secrets. The Producer/Artist/DJ began his music journey throughout the Chicago area, realizing his gift for DJing and producing music of various genres (Pop, R&B, Rap, Hip Hop, Rock, Jazz, Christian, etc.) as he slowly transcended from the street life to captivate all elements of his artform. Forever lyrically commanding crowds at the hot spots for rappers and MC’s to blaze microphones at rap battles, DJ Ready R.E.D.D.” is burning an indelible path for all to follow, and has set the standard with his craft.

The Kankakee, IL native was born during an era where New York DJ’s began to set out their stereo equipment. During his early life, DJ Ready R.E.D.D.” experienced a harsh life from being abused by his mother boyfriend who was addicted to heroin. When her boyfriend left home, his mother and the family began to struggle as DJ Ready R.E.D.D.” slowly took charge to provide. Unfortunately, not having a role model and living in Kankakee, DJ Ready R.E.D.D.” began to experience the street life where he was exposed to the love of hip-hop. As the genre began to emerge 40 miles south of Chicago, DJ Ready R.E.D.D.” immensely began to find his niche pouring all his sole and creativity into his music production and lyrics. Not knowing the reason of his musical calling, he would later come to find out that his father was the late Bobby Hodges, who was a member of the gospel group, The Flying Clouds of Joy.

As a result of being around the hip-hop culture for an extended period of time, DJ Ready R.E.D.D.” developed his own style and began to DJ for local clubs. He quickly became known around town as one of the hottest DJs in his hometown, while setting himself apart from his counterparts. His unique ways of blending hot sounds made him sought after by various groups to keep their parties rocking from dusk to dawn. Upon realizing that there may be a future in hip-hop, DJ Ready R.E.D.D.” left the street life and all that it stood for to embark upon his dream of becoming a hip hop artist, more so as a multi-talented producer. “I wasn’t about to die like the countless others I seen.” DJ Ready R.E.D.D.” continued to cultivate and nurture his love for music, as he became respected by up and coming artist and club promoters involved in the DJ circuit.

Spending countless hours creating mixtapes and his own unique remixes to the top hits, a demand started for the well-rounded Producer/DJ to step out in his own right. He acquired his own equipment and started crafting his own music to mix in with existing hits. “It’s not the equipment; it’s the talent and desire for people to feel my music.” Once showcasing his new efforts by playing his beats among the other hits, the results were hysteria and most unforgettable amongst his listeners and followers.

Later, DJ Ready R.E.D.D.” again added to his skillful archive by teaching himself to flow - as he had the turntable techniques down-packed. Inspired and influenced by producers, artist and groups such as Dr. Dre, Timberland, Rza of Wu-Tang, Prince Akeem, The Neptunes, Public Enemy, and Stetsasonic, just to name a few. DJ Ready R.E.D.D.” created very flavorful styles to go with the tracks that he created. Partaking at many venues for contests and talent shows throughout the Midwest, one such contest was judged by the artist Common that led to great feedback to the music industry A&R and executives, further boosting his image. Shortly after, the doors opened for him to start his own production company Grit-It Entertainment. Later DJ Ready R.E.D.D.” began to work and collaborate with R&B artist Adina Howard, as well as mentoring Grammy Award-winning producer DJ Vudu Spellz. Moreover, he surrounded himself around the comradely and likes of industry greats such as Gary Hines of the legendary assembly Sounds of Blackness, KRS-1, Chuck D of Public Enemy, The Twinz, Stetsasonic, Amy Grant, Black Moon, Poor Righteous Teachers, Twista, and Prime Supreme [Chris Johnson, DJ I.C. Dre (Twista DJ), Aaron Pittman (So so Def) and Rapper D] and the late Apache. A while ago, DJ Ready R.E.D.D.” has the opportunity to produce his radio show that was broadcasted throughout the Champaign, Illinois area. Upon exploring new initiatives, he has also included scoring films and video games to his archive.

Currently, DJ Ready R.E.D.D.” lives in Champaign, IL. With all elements of his repertoire fine tuned, DJ Ready R.E.D.D.” is ready to embark upon a journey to give the world a taste of his art form while anticipating working and collaborating with future artist on their projects. DJ Ready R.E.D.D.” goal is to take Grit-It Entertainment to the next level and continue to be an innovator while producing diverse music in hopes of one day to be the greatest in a thriving and competitive music industry. As a Producer/Artist/ DJ, hands-down go to DJ Ready R.E.D.D.” as he demonstrates his versatility and uniqueness to expect nothing but the best. With the future in mind he is ambitious to reach a new level of success as God continues to be his guidance.