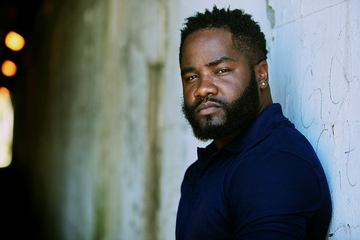 Once a secular rapper, born in Chicago, Trent Davis, a.k.a. Trent G’s first rap took place in his Southside community (Eden Green Homes) neighborhood of the infamous housing project Altgeld Gardens. Both areas were known for being plagued with gangs, drugs, violence etc. At the age of 8 years old, Trent G would find himself rapping to older kids and also to youth of his own age.

Trent G’s inspiration transpired from the rap group Bone Thugs-N-Harmony. As time proceeded, Trent G attended high school where he joined a local rap group. He competed in talent shows, won 1st place trophies, and graced the stage with artist such as Da Brat, Twista, Common and a multitude of known artist. While living with his father, he became gang affiliated and was very involved in the negative street life, yet continued to pursue his music career. After submitting a tape to "The Steve Harvey’s Big Time TV Show", Trent G appeared on the show, competed, and won $10,000 as the fastest rapper in the world. He would later be a special guest on "Good Morning America", gaining publicity from many Chicago newspapers, magazines, as well as making many radio show appearances.

However, these accomplishments did not cease Trent G from participating in gang fights, carrying weapons and attempting crimes, as his life was going down a road of destruction. Trent G witnessed many friends and individuals who he knew personally lose their life due to living the gang and drug lifestyle. However, viewing these harsh acts did not stop Trent G from desiring to gangbang or continuing involvement with the streets. He also had a hardened-heart, leading him to not care about others individual’s feelings, including his now ex-girlfriend. Anything she would say, Trent G would curse, yell and roughly project his voice at her.

At the age of 20 and 21, the Lord sought Trent G’s attention. Trent G’s relationship ended, as his girlfriend started dating another man, which led to Trent G’s feelings being crushed. He could do nothing but pray about it, which led him to desire a closer relationship with Jesus. The more he prayed, the more the Lord started to change his heart; he discovered that he could not pursue the same negative and cruel behaviors that he had once done in the past.

While writing songs, he discovered that he could not use profanity and glorify harsh lyrics. His spirit did not identify with that anymore, which led to Trent G being the stand-up man that he is today. Despite the fact that in the past he had witnessed many friends and individuals lose their lives due to being gang and drug affiliated and partaking in the street life, those instances did not inspire Trent G to change. Moreover, it was a broken heart from a relationship that got his attention, which led him to cry out to God. Ultimately, this lead him to become a born again Christian and revert from being a secular rapper.

"Her leaving was the best thing that ever happened to me, because I prayed out to God for the healing of my broken heart, and God did that and more. I thank God for deliverance at a young age," articulates Trent G.

Trent G once thought that his testimony would not appeal to the crowd that he desired to reach, because he was never shot, nor nearly beat to death, or ever spent years in prison. A broken heart is what captured his attention from a female leaving, rather than witnessing his friends and other people he knew get murdered. One day God told Trent to pick up the bible and read "Psalms", and he came across Psalms 34:18, which reads: The lord is close to the broken hearted and saves those who are crushed in spirit. And that summed it up.

Today, Trent G is an award nominated gospel rapper who obtains a national distribution through Universal Music Group (UMG). He is the creator of Gutta Gospel, an acronym that stands for Getting Utterance Through The Anointing. He is also the operator of his own label Proliferate Ministries/ Gutta Gospel Entertainment, that is in collaboration with Vara Entertainment Group. Over the course of his career, he has appeared on television and radio shows such as The 700 Club, The Donnie McClurkin Show, Bobby Jones Gospel, and The Harvest Show, just to name several, to share his story and to inspire others, especially young adults who are headed down the wrong path. He made the 2013 Grammy Ballot as best new Christian performer, and was also nominated for a South Florida Gospel Music award. Some of his other interest includes acting in national television shows such as Empire, Chicago Fire and Chicago PD, and films such as What About the Children.

Trent G shows youth and young adults that although he was once gang affiliated, his ultimate goal is to demonstrate to them what God has done for him, and that He can do it for them as well. While participating in street ministry, Trent G discovered that many people have broken hearts, and he encourages that those times are the best times to cry out to God and receive Jesus.

Visit Trent G The Messenger at: